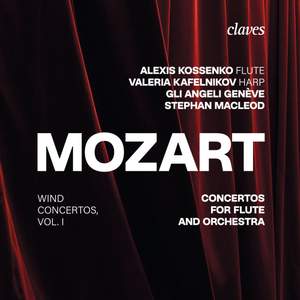 If Mozart gave the concerto of his time its ultimate shape, it is because he transferred to it all the characteristics of the opera aria, giving the cantabile – which he often mentions in his correspondence – most significant importance and transforming the vocal virtuosic runs instrumental figurations. The soloist is a character whose rhetoric gives the orchestral material presented in the introduction a deeper, more intimate and more sensitive dimension. This constitutes the raison d’être of the relationship between the individual and the group, between the solos and the tuttis.

Mozart always had in mind the musician for whom the work was written, whether it was an aria or a concerto. He then tailored a suit to measure, as he said (in his piano concertos, he referred to himself, hence the depth and complexity of what is expressed in these works). For a soloist with a virtuoso technique, he would compose highly challenging passages; for someone less assured, he would deliver a more accessible score. Therefore, the last of the four horn concertos written for the famous Joseph Leutgeb is far less demanding than the previous ones since the ageing soloist could no longer play the highest notes. Similarly, the flute part of the Flute and Harp Concerto uses the low notes that were the uniqueness of the instrument used by the Count of Guînes, who commissioned the piece (the notes D flat and C, now found on modern flutes).