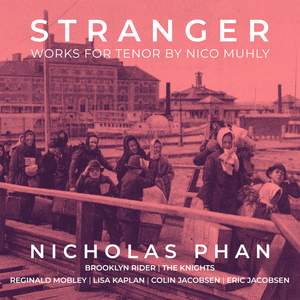 I. Fragments of the Past

Part I: The Hereafter, Near an Open Window 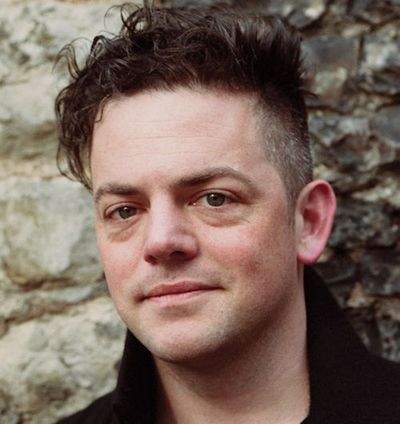 In the wake of its world premiere recording on Avie, the composer and tenor discuss the extraordinary song-cycle which Muhly composed for Phan in 2019, and reflect on the themes of immigration and identity which lie at the heart of the work.

Twice Grammy-nominated tenor Nicholas Phan is "one of the world's most remarkable singers" (Boston Globe). Nico Muhly is one of today's most sought-after composers. Nick and Nico's collaboration began with a commission when Nick curated a series for the Philadelphia Chamber Music Society in 2020. The resulting song cycle, Stranger, finds common ground in the musicians' reflections on identity and immigration, themes that resonate as much today as they have through the centuries. This world-premiere recording of Stranger compliments Nico's Lorne Ys My Liking, a setting of the 19th Chester Mystery Play, and Impossible Things, a triptych of poems by the Greek poet C.P. Cavafy. Nick has recorded with a roll call of collaborators: the adventurous string quartet Brooklyn Rider, shimmering countertenor Reginald Mobley, bold pianist Lisa Kaplan, and transformative Brooklyn-based collective The Knights led by brothers Colin and Eric Jacobsen.

Described by the Boston Globe as 'one of the world's most remarkable singers', American tenor Nicholas Phan is increasingly recognized as an artist of distinction. Performing an incredibly diverse repertoire that ranges from Claudio Monteverdi to Nico Muhly and beyond, Phan appears regularly with many of the leading orchestras and opera houses in the world. He has been presented in recital and chamber concerts by Carnegie Hall, London's Wigmore Hall, the Metropolitan Museum of Art, Chamber Music Society of Lincoln Center, Atlanta's Spivey Hall, Boston's Celebrity Series, and the Library of Congress in Washington, DC. In 2010 he cofounded the Collaborative Arts Institute of Chicago (CAIC) to promote art song and vocal chamber music, where he serves as artistic director. In addition to his work as artistic director of CAIC, he also has curated programs for broadcast on WQXR in New York and WFMT in Chicago, and served as guest curator for projects with the Philadelphia Chamber Music Society, Merola Opera Program, Apollo's Fire, Laguna Beach Music Festival, and San Francisco Performances, where he served as the vocal artist-in-residence from 20142018. Phan's most recent album, Clairires, a recording of songs by Lili and Nadia Boulanger, was nominated for the 2020 Grammy Award for Best Classical Solo Vocal Album. His album, Gods and Monsters, was nominated for the same award in 2017. He is the first singer of Asian descent to be nominated in the history of the category, which has been awarded by the Recording Academy since 1959. Phan's previous albums for Avie Illuminations, A Painted Tale, Still Fall the Rain, and Winter Words have all made many 'Best of' lists, including those of The New York Times, New Yorker, Toronto Star, Chicago Tribune and Boston Globe.

Nico Muhly, born in 1981, is an American composer who writes orchestral music, works for the stage, chamber music and sacred music. He's received commissions from The Metropolitan Opera: Two Boys (2011) and Marnie (2018); Carnegie Hall, the Los Angeles Philharmonic, the Philadelphia Orchestra, the San Francisco Symphony, Wigmore Hall, the Tallis Scholars, King's College and St John's College, Cambridge, among others. He is a collaborative partner at the San Francisco Symphony and has been featured at the Barbican and the Philharmonie de Paris as composer, performer, and curator. An avid collaborator, he has worked with choreographers Benjamin Millepied at the Paris Opra Ballet, Bobbi Jene Smith at the Juilliard School, Justin Peck and Kyle Abraham at New York City Ballet; artists Sufjan Stevens, The National, Teitur, Anohni, James Blake and Paul Simon. His work for film includes scores for for The Reader (2008) and Kill Your Darlings (2013), and the BBC adaptation of Howards End (2017). Among his concerti are works for violin, (Shrink, for Pekka Kuusisto), organ (Register, for James McVinnie), viola (Nadia Sirota), two pianos (In Certain Circles, for Katia and Marielle Labeque) and his vocal collaborators include Iestyn Davies, Rene Fleming, and Nicholas Phan. He has collaborated with visual artists Maira Kalman and Oliver Beer, and has created site-specific pieces for the National Gallery, London, and the Art Institute of Chicago, and written articles for the Guardian, the New York Times, and the London Review of Books. Recordings of his works have been released by Decca and Nonesuch, and he is part of the artist-run record label Bedroom Community, which released his first two albums, Speaks Volumes (2006) and Mothertongue (2008).

"It's hard to imagine these Boulanger songs could have more convincing advocacy." The Guardian (on Clairires, AV2414)

"one of the most beautiful young lyric voices around" Opera News

"Phan's singing is both sultry and refined" WQXR-NYC (on Illuminations, AV2382)

"Phan's sheer sensitivity is a delight. An absorbing disc and an ideal introduction to the joys of lieder." TheArtsDesk.com (on Gods & Monsters, AV2368)

This personal and deeply-felt album from star tenor Nicholas Phan offers a powerful exploration of what ‘national identity’ might mean...Muhly’s crisply unsentimental settings afford due space to these insightfully-chosen texts and Phan’s crystal-clear delivery is beautiful in its restraint.

Stranger attains much of its subtle power and coherence through Phan’s distinctive performance, whose voice shifts from the almost clipped, newsreel-like intonation of the opening and end sequences of the cycle to more dramatic and full-toned lyrical moments in between.

Muhly knits together [the texts] with characteristic empathy, and his Brittenish writing for piano and voice is suffused with warmth and bleakness. The clarity of Phan’s singing and, on Lorne ys my Likinge, that of the countertenor Reginald Mobley, gives the texts emotional force.

Phan easily inhabits the emotions, struggles and experiences of each speaker and circumstance, bringing them together in one unified voice while still maintaining their individual humanity.