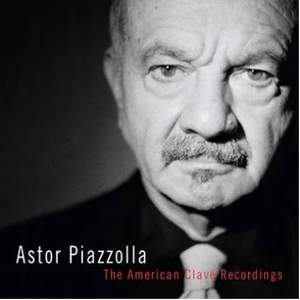 Nonesuch Records releases a three-LP/three-CD box set of albums from the great Argentine composer, bandleader, and bandoneón player Astor Piazzolla – originally released by American Clavé Records in the 1980s and reissued by Nonesuch more than two decades ago. Astor Piazzolla: The American Clavé Recordings marks the first time this landmark trio of albums – Tango: Zero Hour, La Camorra: The Solitude of Passionate Provocation, and The Rough Dancer and the Cyclical Night (Tango Apasionado) – is being issued as a set, now remastered, and is the first time the albums have been available on vinyl since their initial release on American Clavé. The set’s liner notes include original and new notes by the albums’ producer and American Clavé founder Kip Hanrahan as well as an in-depth essay from journalist Fernando González, who translated and annotated Piazzolla’s memoirs and wrote liner notes for four of his albums. Originally scheduled for release in Piazzolla’s centenary year 2021, the set now inaugurates the beginning of the second century of Piazzolla’s lasting influence.