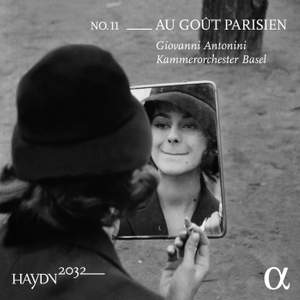 Haydn: Symphony No. 2 in C Major

The eleventh volume of the complete HAYDN2032 symphony cycle moves its focus to Paris: ‘Every day one perceives more clearly, and consequently admires more, the productions of this great genius, who, in every one of his works, knows so well how to draw rich and varied developments from a single subject’, wrote the Mercure de France in April 1788, adding that Haydn was ‘quite different from those sterile composers who constantly move from one idea to another . . .’. The symphonies presented here are no.2 (the first to be published in France), no.24 (the first to be performed there) and the so-called ‘Paris’ symphonies nos. 87 and 82 ‘L’Ours’, with its references to fairground atmosphere and its famous contredanse finale.