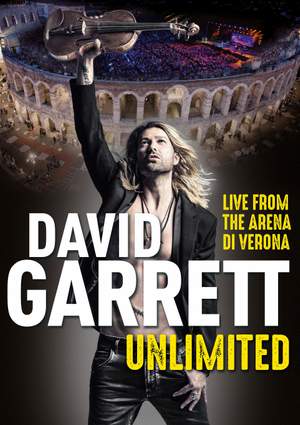 "Star violinist David Garrett celebrates his ten-year spectacular crossover programme with thousands of fans in the extraordinary atmosphere of the Arena di Verona, Italy. Performing his Greatest Hits of brilliant interpretations of rock classics like 'We Are The Champions' or 'Smells Like Teen Spirit' and world-famous pop songs like 'Viva La Vida' or 'Hey Jude' and his arrangements of classical melodies like Beethoven’s 5th Symphony, David Garrett left a thrilled audience in the Arena."