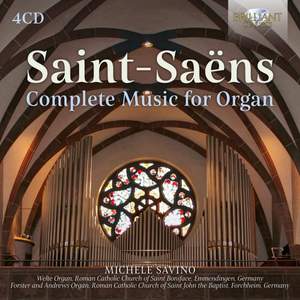 Saint-Saëns: Prelude for Organ in C

Camille Saint-Saëns (1835-1921) is one of the most important French composers of the nineteenth century, his oeuvre embracing important orchestral and chamber works, as well as works for solo instruments, alongside a few operas and church music. However, in his time, Saint-Saëns also made his name as a pianist and organist. After piano tuition under Camille Stamaty, one of Kalkbrenner’s best pupils, organ lessons with Alexandre-Pierre François Boëly between 1846 and 1848 and his study of the organ at the Paris Conservatory under François Benoist (first prize 1851), he accepted appointments as organist in Paris, first in Saint Merri (1853-57) and then Madeleine (1857-77). Together with Guilmant, Gigout and Widor, he was one of the century’s most important and celebrated performers and composers for the organ, his refined manual and pedal technique achieving an impressive precision, cleanness and speed.