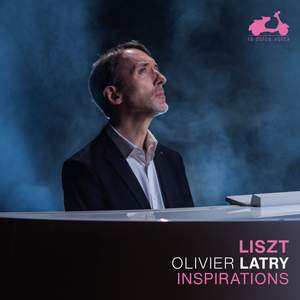 As well as being the promoter of the piano recital and creator of the symphonic poem, Franz Liszt was also a prodigious innovator in the organ repertory. Olivier Latry - resident organist on the great organ of Notre-Dame-de-Paris for more than thirty-five years - has recorded five of his pieces on the Rieger organ of the Philharmonie de Paris, including the three major published works for the instrument, fleshed out with transcriptions and arrangements.

These works reflect the genius of their composer, who chose sources as different as a Bach cantata, a theme from a then-fashionable opera or the four letters of a name to create music of overflowing imagination. His approach to the organ, opening up previously unexplored horizons, was of course inspired by the piano, his instrument of choice.

Liszt, without whom the musical and organ worlds would not be what they are today, was a visionary and generous artist, an idealist of music, an extraordinary personality who was adulated on the concert platform, yet chose to end his life wearing the soutane of an abbé. He constantly astonishes and moves us, even today.

This recording, aided by the outstanding musical quality of the Philharmonie organ, is an ideal introduction to the multiple facets of his genius.