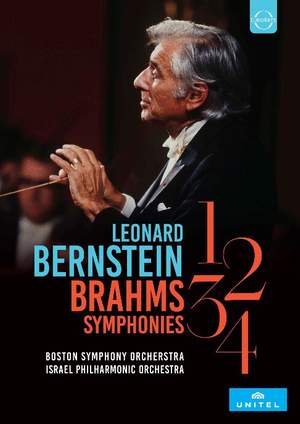 Bernstein’s readings of Brahms have never been conventional, neither could they be described as being tied to tradition. These skillfully recorded concerts provide an exciting interpretation from a passionate musician who was never content with reproducing the ordinary – a legendary document.

Since his first engagement with the Israel Philharmonic Orchestra in the mid-1940s, the famous musician worked closely with the ensemble on numerous concerts that span half a century, and later took the role of honorary conductor.