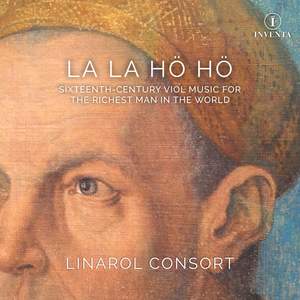 Making their Inventa Records debut, the Linarol Consort of Renaissance Viols presents a recording of German, Flemish and French viol consort pieces of the early sixteenth century. Recorded from a new edition of a rare manuscript held in the vast collection of the National Library of Austria, in Vienna, the manuscript is not widely known by exponents of music of this period. The completion of the manuscript dates to around 1535, and soon after it was finished it was in the library of the wealthiest and most influential of German merchants of the sixteenth century, Jacob Fugger, who is held to be one of the wealthiest individuals in history.