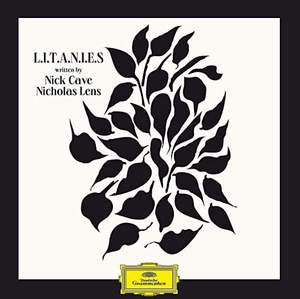 Bad Seeds frontman Nick Cave has teamed up with Belgian composer Nicholas Lens to release a self described 'lockdown opera'. Lens, who's 2012 opera 'Slow Man' gained him international acclaim, began working on the project during lockdown, when he began exploring his deserted home city of Brussels by bike. This exploration reminded him of his previous travels to Japan: 'The initial idea for L.I.T.A.N.I.E.S was born in the natural silence that rises from the rainy and vivid green forest that surrounds these 13th-century temples. And because my memory works in musical phrases, writing L.I.T.A.N.I.E.S has become my method of remembering the peace I found while visiting Japan as well'.