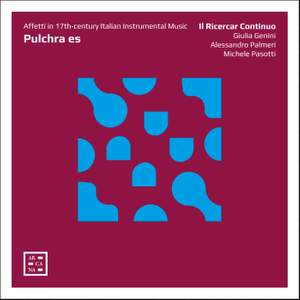 The Italian composers of the seventeenth century, living at the time of Galileo, were at the forefront of a musical revolution that offers some surprising analogies with the birth of the modern scientific method. Just as Galileo with his telescope was able to observe the sky and discover new celestial objects, so the musicians of the time strove to fathom the depths of the human soul with their wind and bowed or plucked string instruments. Each ‘affetto’ or emotion was made to correspond to a musical phrase constructed according to the ‘Stil Moderno’. This style was often somewhat unpredictable, which is why it is still so fascinating for today’s listeners. Instruments thus came to dominate the musical scene, eliciting as much excitement and wonder as singers thanks to the skill of virtuoso players and music that was written specifically for them: sonatas, canzonas, sinfonias, diminutions, ballets etc. Il Ricercar Continuo tackles this extraordinary repertory with an exemplary selection of pieces that demonstrate the remarkable creativity typical of Italian instrumental music during the seventeenth century. The three musicians are highly versatile, playing nine different instruments, including dulcians, recorders of different sizes, lute, archlute and cello.