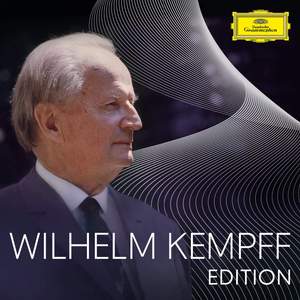 “At his best, he played more beautifully than any of us.” – ALFRED BRENDEL

Wilhelm Kempff recorded almost exclusively for Deutsche Grammophon over the span of his 60-year recording career, and now Deutsche Grammophon celebrates his incredible legacy with a new 80-CD limited edition set, assembled neatly in four chapters and including six discs of rare shellac recordings, never before released on the label. Gramophone Magazine described Kempff as ‘one of the great musical persuaders and communicators of our time’.