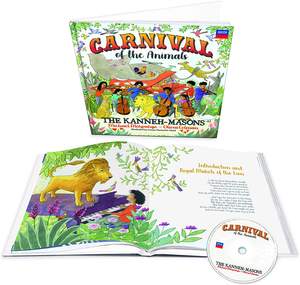 The Kanneh-Masons, with Michael Morpurgo and Olivia Colman

Morpurgo knows his audience too well to patronise them; his animals are wry, self-assertive, remarkably educated...the Kanneh-Masons (plus some distinguished friends) play Saint-Saëns’s jeu d’esprit with a sensitivity that might verge on the wistful if it wasn’t balanced by such evident fantasy and joy. Isata, on piano, is the most striking presence...Sheku plays ‘The Swan’ with eloquent poise.