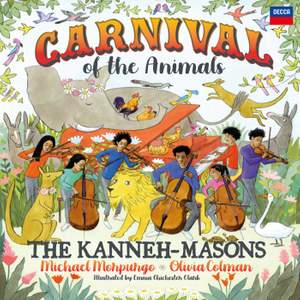 The Kanneh--Masons, with Michael Morpurgo and Olivia Colman

The reduced forces here really do give us nature red in tooth and claw, though there’s luminous beauty aplenty too - particularly from pianist Isata and cellist Sheku, whose serene Swan has all... — Presto Classical, 20th November 2020 More… 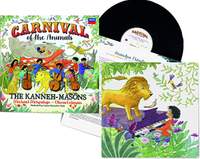 Wild Donkeys Swift Animals (or Make What You Like of That)

Aquarium (or I Have a Friend)

Pianists (or Who Sings Best in the Bath)

Fossils (or Doing the Brontosaurus)

Grandpa Christmas: Every Year at Christmas...

Grandpa Christmas: I Sat There Watching You...

Grandpa Christmas: Just to See You Digging There...

Rimsky Korsakov: The Flight of the Bumble-Bee (Arr. Rachmaninov)

Grandpa Christmas: If I Have Learnt One Thing...

Grandpa Christmas: I Wish for You a World Where the Elephant and the Lion...

Grandpa Christmas: When the Reading Is Over...