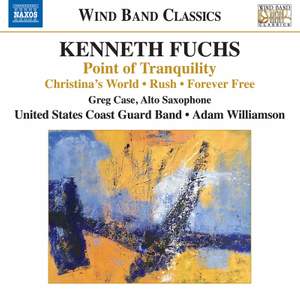 Fuchs, K: Celebration Fanfare for Brass & Percussion 'From the Field to the Sky'

The fifth Naxos recording of works by Kenneth Fuchs with the London Symphony Orchestra, conducted by JoAnn Falletta (8.559824), won the GRAMMY Award in 2018 for Best Classical Compendium. This new album reveals his mastery of the band medium and features the exceptional United States Coast Guard Band, in definitive performances of seven works for symphonic winds by one of America’s leading composers.