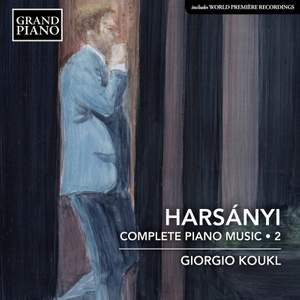 The Hungarian-born composer TIBOR HARSÁNYI is now recognised as an important personality in ‘L’École de Paris’. He had a lifelong interest in modern dance, represented here by the Petite suite and Trois Pièces de danse, and he also embraced jazz, which was part of the Parisian atmosphere of the inter-war period, and other influences, while keeping the Central European rhythms and tonalities of his Hungarian origins. The Trois Pièces lyriques is a rare example of Harsányi expressing torment during the turbulent years of the Second World War.