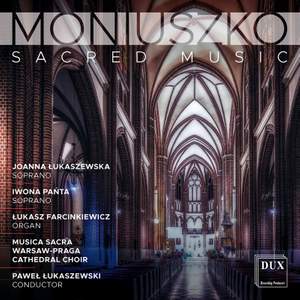 Moniuszko: Polish Mass in A Minor

The 200th anniversary of the birth of Stanislaw Moniuszko is a great opportunity to familiarise listeners with this somewhat less-known area of the compositional activity of this Polish Romantic: his sacred pieces.

In the works of Stanislaw Moniuszko, next to operas and songs, an important place is occupied by religious music, which he wrote all his life. Nowadays, we know less than 90 of his sacred pieces. This work is very diverse; it consists of such forms as masses, individual mass sections, hymns, psalms, cantatas, litanies, motets, religious songs and their arrangements for organ.

The composer would write them from an internal need, he was driven by strong faith and by the consequent imperative to serve God and fellow human beings.