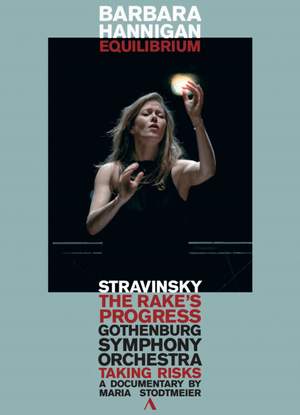 and Taking Risks: A documentary by Maria Stodtmeier

This production of 'The Rake’s Progress' marks Barbara Hannigan’s debut as an opera conductor and is a “labour of love" for her. Hannigan, who has sung the role of Anne Truelove many times, hand-picked the cast of soloists from over 350 applications from 39 countries, and subsequent auditions throughout Europe, as part of her mentoring initiative 'Equilibrium'.

In this unique and refined semi-staged production, director Linus Fellbom invites the audience to partake on a journey through space and time, from a distant future to the present, and back to 18th-century London.

The documentary 'Taking Risks' follows all aspects of the production, starting with the very first auditions, the casting and rehearsal process, and culminating in the premiere in Gothenburg in December