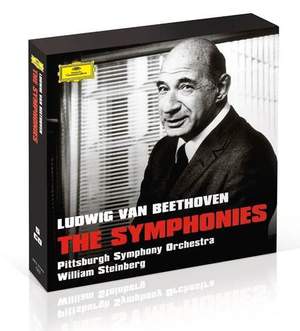 William Steinberg, who was assistant to Arturo Toscanini at the NBC Symphony Orchestra, became music director of the Pittsburgh Symphony Orchestra in 1952. From 1952 to 1959, the PSO’s recordings were made for Capitol Records but in 1960, Steinberg and the orchestra recorded briefly for the new Everest label, which introduced the expensive but sonically advantageous process of recording on 35mm magnetic film. However, Everest soon ran into financial straits and its studio and equipment were bought by the engineer C. Robert Fine, to be used for his sonic-standard-setting Mercury’s “Living Presence” recordings.