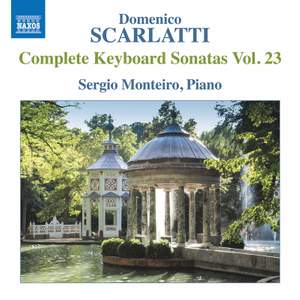 Domenico Scarlatti's distinguished career included a royal post in Rome where he competed against Handel, the latter being declared the better organist and Scarlatti the better harpsichordist. Written for his pupil the Infanta Maria Bárbara, Scarlattis legacy of hundreds of single-movement keyboard sonatas forms a valuable resource for performers today. This collection includes a wealth of Spanish dances with virtuoso leaps, unusual modulations, flourishes and ornamentation, as well as Scarlattis irrepressible verve and energy.