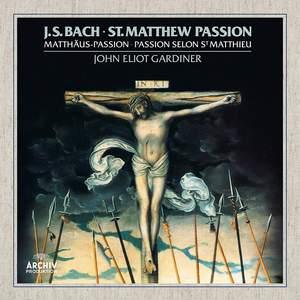 When Sir John Eliot Gardiner , released his first recording of Bach’s St Matthew Passion in 1989, it was considered a milestone in style and interpretation and remains so to this day with his approach to the work as celebrated as his first class soloists: his great Monteverdi Choir and the splendid Baroque Soloists .

To achieve higher audio quality , none of the LP sides exceed 30 minutes of music, which means a slightly different split of sides compared to the original release