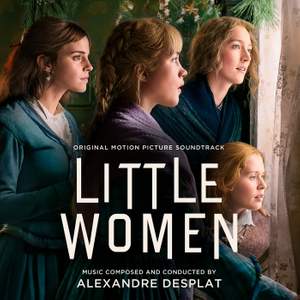 Desplat: Dance on the Porch

Desplat: Theatre in the Attic

Desplat: Laurie and Jo on the Hill

Desplat: Snow in the Garden

On the Sony Classical label - This is the x26 song, original motion picture soundtrack to the highly anticipated film "Little Women" by the ten-time Oscar nominated and two-time Oscar winning film composer Alexandre Desplat. "Little Women" is based on the novel by Louisa May Alcott and stars a number of critically acclaimed actors including Emma Watson, Saoirse Ronan and Meryl Streep. In addition to all of his work with filmmaker Wes Anderson, Desplat credits include the music to The King’s Speech, Argo, The Imitation Game, The Shape of Water and The Grand Budapest Hotel.