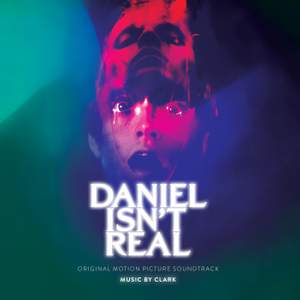 Clark: You're Pulling My Face Off

Clark: I'm Pulling My Face Off

Daniel Isn’t Real (from the producers of cult hits Mandy and Color Out Of Space) scored rave reviews following its premiere last March at SXSW in Austin, Texas. Miles Robbins – son of Tim Robbins and Susan Sarandon – who plays the adult Luke, and Patrick Schwarzenegger – son of Arnold Schwarzenegger and Maria Shriver – as Daniel were respectively hailed as “brilliant” and “stunning” by thehollywoodnews.com. Variety, meanwhile, judged the film to be “stylishly crafted” and “first-rate in all departments”. “...first-rate in all departments” – March, 2019 - Variety