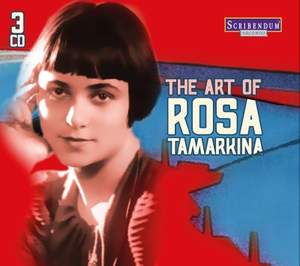 Offer, The Art of Rosa Tamarkina

 Tamarkina is best known for her interpretations of Chopin and Liszt but ever since her debut, she was able to read many more composers’ works with natural poetry

 Her performance in Rachmaninoff’s second piano concerto, featured in this collection, can be considered one of the best renditions of his masterpiece

 Many consider Tamarkina a genius, who lit the musical sky for a brief moment like a meteor, testified to by only a few recordings