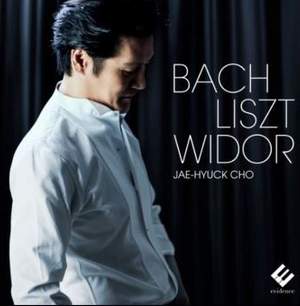 This recording does not only honour the beauty and the magnificence of the instrument, it is also a tribute to the works that forged its history.

Fascinated by the organ since he was a child, Jae- Hyuck Cho chose, for this album, the Great Organ of the Madeleine in Paris, whose superb timbre still exerts its magnetism and power over composers and artists. Right next to that mythical instrument stands Johann Sebastian Bach and his work which, from the Toccata BWV 565 to Fantasy and Fugue on a BACH theme, imbues this program.

Jae-Hyuck Cho sets his playing approach on a clear lineage that widely acknowledges the past and its figures but also looks forward. Far from restricting to the limits of musical tradition, Cho offers Pahdo, a work that he commissioned to the Korean composer Texu Kim.