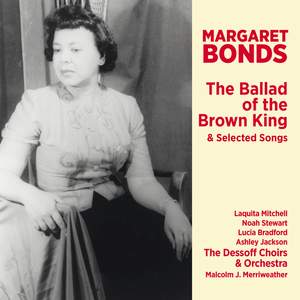 Margaret Bonds: The Ballad Of The Brown King & Selected Songs

Although it dates from 1954, this is the piece’s premiere recording. It is a very good one…The choral contributions draw palpably on the style of spirituals, without seeming derivative, and area... — BBC Music Magazine, February 2020, (Performance) / (Recording) More…

Bonds: The Ballad Of The Brown King

I. Of the Three Wise Men

IV. Mary Had a Little Baby

V. Now When Jesus Was Born

VI. Could He Have Been an Ethiope?

VII. Oh, Sing of the King Who Was Tall and Brown

VIII. That Was a Christmas Long Ago

Bonds: To a Brown Girl Dead 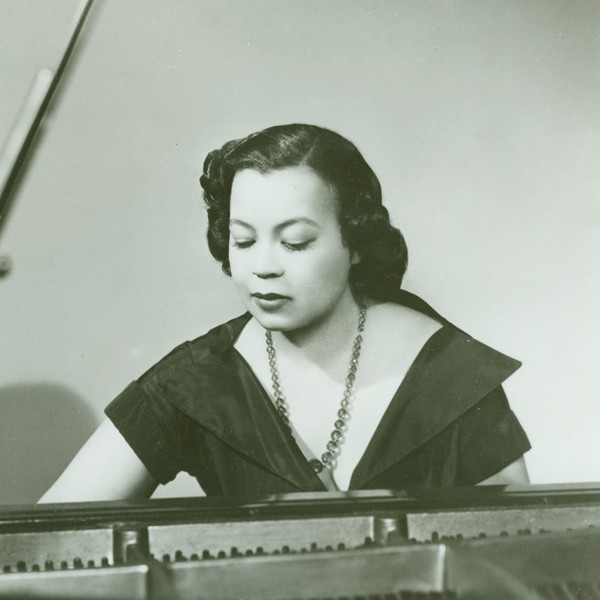 Interview,  Margaret Bonds's The Ballad of the Brown King

David talks to Malcolm J Merriweather and Ashley Jackson about their world premiere recording of a miniature oratorio by Margaret Bonds, exploring the legend of an African king journeying to visit the new-born Jesus.

This unique seasonal album also includes a selection of specially arranged songs, including a setting of Hughes’ seminal poem I, Too, Sing America, performed by baritone Merriweather and Jackson on solo harp.

“This young maestro displays command as well as a terrific sense of humor, enabling him to bring out the best in all the singers.” - New York Arts

Although it dates from 1954, this is the piece’s premiere recording. It is a very good one…The choral contributions draw palpably on the style of spirituals, without seeming derivative, and area affectionately shaped by conductor Malcolm J. Merriweather…Expressive solo singing from tenor Noah Stewart and mezzo-soprano Lucia Bradford further enhances the warmly communicative qualities of the performance.

Solo voices blend effortlessly with choral backings, and the long-lived Dessoff Choirs handle the material with authority and openness.

…the performances are committed and persuasive (Merriweather’s readings of the songs are especially compelling) and the sound is good. Certainly worth your interest.

Incorporating elements of jazz and spirituals and full of memorable melodies, Bonds’s 1954 Christmas cantata on a text by the poet and civil rights activist Langston Hughes is a real find, and deserves to be whole-heartedly embraced by choral societies far and wide. All three soloists are excellent, but tenor Noah Stewart shines especially brightly in Could he have been an Ethiope?.