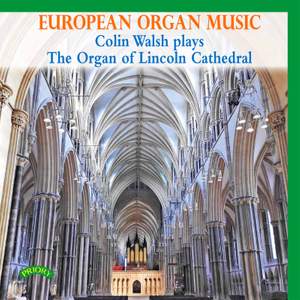 Having recorded for Priory since 1984, Colin Walsh is held in the highest esteem and regarded as one of the greatest organists in the world. His recordings in the past have explored the music of many of the great French composers, Bach, a large amount of British organ music and a DVD.

This recital on the famous Willis Organ of Lincoln Cathedral features seven composers from three European countries and shows off to great effect the skills and sounds of organist and organ. Not to be missed.