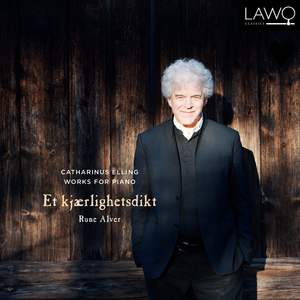 RUNE ALVER PIANO Rune Alver has many years of experience performing Grieg's music at the Edvard Grieg Museum Troldhaugen. He maintains an extensive concert schedule as soloist and chamber musician with performances throughout Europe and in Russia, China and South Africa. In 2013 he performed a solo recital at Carnegie Hall in New York City. Rune Alver collaborates with leading musicians, actors and visual artists in traditional and more experimental contexts. He has recorded a number of critically acclaimed albums, among them the complete piano works of Johannes M. Rivertz and David Monrad Johansen.

Norwegian pianist Rune Alver plays this alluring music with deep affection and elegant style, and the sonics are excellent.