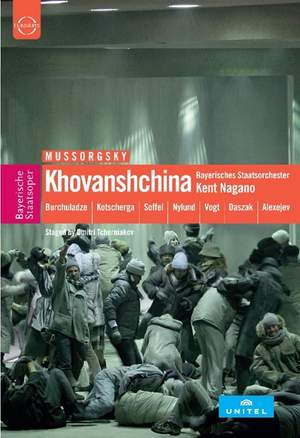 Kent Nagano superbly masters the challenges presented by this score, shapes the dynamics with subtle intensity, and casts the score in a mellow glow. As Marfa, the spurned lover of Ivan Khovansky‘s son Andrei, Doris Soffel unfolds such a rich palette of sonorities, from the pathos of the lower ranges to shaded discant heights, that “one is tempted to speak of a Russian mezzo”. The final chorus, which Mussorgsky did not compose, is played in the orchestrally transparent version of Igor Stravinsky – the third great Russian composer who contributed to making “Khovanshchina“ a timeless, gripping stage work. With his stripped-down sets and historicising costumes, director Dmitri Tcherniakov, one of the new voices of contemporary Russian theatre, builds a bridge to the political present. A lesson in history and music!