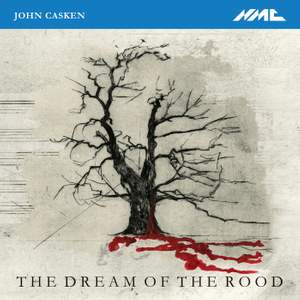 John Casken: The Dream of the Rood

The setting is for all-male vocal quartet — the immaculate Hilliard Ensemble — and a small instrumental ensemble of wind, percussion and harp. The music is at once ancient and modern. There... — Financial Times, 19th July 2019, 3 out of 5 stars More…

Casken: The Dream of the Rood

I. Procession I (The Dream)

XIII. Motet of the Rood

Casken’s work is often inspired by literature and legend, landscape and painting and particularly by the Northumberland countryside where he lives. His compositions have won a Gramophone award, the First Britten Award for Composition, the Prince Pierre de Monaco Prize, a British Composer Award for Vocal Music, as well as shortlistings for both RPS and British Composer Awards.

The Dream of the Rood sets texts chosen by the composer from the Anglo-Saxon poem of the same name which dramatically describes the story of the crucifixion in a highly original portrayal of Christ’s death coupled with Casken’s own arrangement of Pérotin’s Viderunt omnes, the earliest surviving vocal work of plainsong in four parts. In both arrangements, Casken introduces a large instrumental ensemble and masterfully enhances the medieval texts and music of the originals within a highly effective contemporary context. Alongside these are three pieces from the rare Conductus repertoire of the 12th/13th centuries which have been core to The Hilliard Ensemble's performing library.

This release marks the significant contribution to British music of one of its most notable vocal ensembles and one of its richest of composing voices, in work that is equally moving and dramatic.

The setting is for all-male vocal quartet — the immaculate Hilliard Ensemble — and a small instrumental ensemble of wind, percussion and harp. The music is at once ancient and modern. There is something evocative of a precise and antique world about it, not unlike Stravinsky’s late work.

The Dream of the Rood is typical [Casken] in its textural density and fine-honed expressive intensity…Throughout, the close-meshed interplay of voices and instruments is unfailingly well realised with this performance directed by Clark Rundell, one where the work’s plangent sense of evocation is tangibly as well as eloquently conveyed.

It’s a challenging listen, but an immensely rewarding one.

Honouring Casken at 70, this is among the Hilliard’s last recordings, and aptly includes one of their “standards”, Pérotin’s Viderunt omnes, with its innovative four-part plainsong. Here it comes in Casken’s transcription, with modern ensemble.

Four male voices, precise and pure to the nth degree, topped off with a counter-tenor shining like a lighthouse beam over polyphony ancient and modern...One of the work’s immediate virtues is the audibility of the words, so often obscured in contemporary pieces by the need to battle an instrumental jungle or a pitch that turns everything into a squeak. The Hilliards, and Casken’s own art, make this impossible.