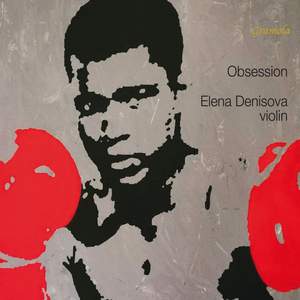 The great Russian violinist Elena Denisova presents a solo album which centers around the three sonatas by Ivan Khandoshkin (1747–1804), who is little known in our latitudes and also known as “the Russian Paganini”. These virtuoso works are influenced by classical and rococo, but also folk music. Further works for solo violin include the Caprices No. 14 and No. 24 by Niccolo Paganini and Fritz Kreisler’s “Recitative & Scherzo”. The title of this album “Obsession” stems from the title of the first movement of the second solo sonata by Eugène Ysaÿe, which he dedicated to Jacques Thibaud. In general, according to Elena Denisova this CD is dedicated to “composers who were primarily outstanding violinists”.