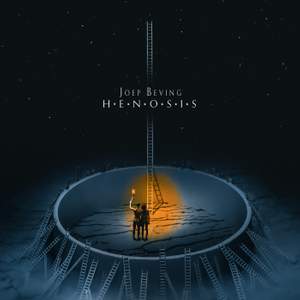 Beving: Into The Dark Blue

Maarten Vos, Joep Beving: The One As Two

April 2019 will see the release of ‘Henosis’, Joep Beving’s third album and the last chapter of a trilogy.

On ‘Henosis’ the Dutch composer continues his minimalist and at times romantic style of writing, but this time his piano is complemented by a diverse range of other instruments and players. It sets off where his sophomore album Prehension left us, the warm intimate sound of the Schimmel piano Beving inherited from his grandmother. But the compositional language chosen is different from his previous work. As if gently inviting one on a cosmic adventure, it is the commencement of an epic journey into the unknown. What follows is a deep listening experience in which the piano, although sometimes completely absent, is the familiar voice that guides the listener on its way into oblivion. Beving draws his inspiration from man’s relationship to reality.

His debut album ‘Solipsism’ investigates the self and how it is related to the other by trying to show we have a shared understanding of what it is to be human, e.g. manifested in our response to a thing of beauty.

For ‘Prehension’ Beving describes realizing he had zoomed out from the individual level to the level of the collective. Borrowing his album title from Alfred North Whitehead who portrays reality as an organism in which man is held responsible for the unfolding of fragments of reality every fraction of a second.

‘Henosis’ is the last step in which Beving, this time intentionally, zoomed out even further resulting in a cosmological journey in search of the fundament of ultimate reality and emptiness of the mind.