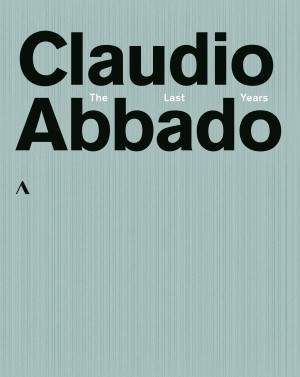 Claudio Abbado-The Last Years features rarely released video recordings of the legendary conductor doing what he was known for in the final years of his life. This release has Abbado conducting the Lucerne Festival Orchestra and the Orchestra Mozart as they perform works from Mahler, Bruckner, Mozart, Beethoven, Brahms, Schubert, and Shoenberg. His last-ever video recording is included, where he performs Brahms’ Tragic Overture, Schoenberg’s “Song of the Wood Dove,” and Beethoven’s Eroica Symphony. These recordings were made in two beautiful halls- the Concert Hall of the KKL Luzern and the Haus fur Mozart, Salzburg. Among the numerous awards and honors Claudio Abbado received during his long career are the Evening Standard Opera Award for his Boris Godunov at Covent Garden; the Legion d'Honneur from the French Ministry of Culture; the Gran Croce, the highest honor of Italy, and the highest civilian honor of Germany, the Bundesverdienstkreuz (1992). In 1985 he was awarded the Gold Medal by the International Gustav Mahler Society, presented in recognition of his service to the music of Gustav Mahler. He is an honorary member of the Gesellschaft der Musikfreunde in Vienna and received honorary degrees from the universities of Cambridge, Aberdeen and Ferrara. In 1994 Claudio Abbado was awarded the International Ernst von Siemens Music Prize, Germany's most prestigious music award.