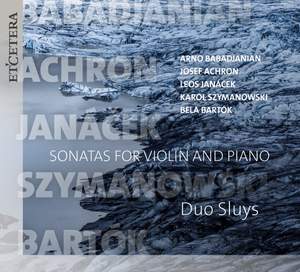 An international artist, Katsura Mizumoto is performing as a soloist in the USA, Asia and Europe. She has appeared with the Sapporo Symphony, the Stadstheater Giessen, Brussels Sinfonietta, and at a variety of music festivals, including the International Piano Academy Freiburg, International Chamber Music Festival Schiermonnikoog, Kronberg Academy Festival, Kishiwada Castle Music Festival and the Enghien International Musical Encounters. Her live performances have been broadcasted by the Hessischer Rundfunk, Mitteldeutscher Rundfunk, Radio Süd-West, Radio Berlin and Radio Klara. Katsura Mizumoto is a member of the Esmeralda Piano Quartett, and has played chamber music with members of the Alban Berg and Mandelring Quartett, and with soloists as Charles Neidich, Christian Altenburger, Michael Sanderling and Philippe Graffin among many other eminent figures. A prize winner of renowned European piano competitions, Katsura Mizumoto has been awarded by the A.M.A. Calabria International Pianocompetition in Italy, Felix Mendelssohn Competition in Berlin, and the Long-Thibault Competition in Paris. After receiving an Economics Degree from the Hokkaido University in Japan, Ms. Mizumoto moved to Germany to pursue a career in music at the Hochschule für Musik und Darstellende Kunst in Frankfurt am Main where she received the “Highest Distinction” for her B.M., M.M. and Soloist’s Diploma. From 2002 till 2009 Katsura was teaching at the Hochschule für Musik und Darstellende Kunst in Frankfurt, and is now an Assistant Professor at the Royal Conservatory of Brussels.

Erik Sluys counts among the most important Belgian violinist of his generation. After his brilliant studies at the Royal Music Conservatoire in Brussels, he continued his studies in Germany with Prof. Joshua Epstein (Saarbrücken) and Prof. Ch.-A. Linale (Düsseldorf), he got also big influence by great teachers as Sandor Vegh, Yfrah Neaman, André Gertler and Zachar Bron by participating in their masterclasses. From 1996 till 2016 he serves as assis¬tant-con¬cert¬master and musical advisor of the Flemish Symphony Orchestra. He is a member of the contemporary music ensemble “Musiques Nouvelles”. With his wife, the pianist Katsura Mizumoto, Erik Sluys gave concerts in nearly all counties of Europe and Asia, playing in prestigious halls as “Palais des BeauxArts” in Brussels, Konzerthaus in Berlin, Salle Pleyel in Paris… always highly acclaimed by the press, praising their sensitive and highly emotional interpretations. As a teacher of violin at the Brussels Higher School for Arts, many of his students won first prices at several national and international competitions. He teaches also as an assistant of Philippe Graffin in the Royal Conservatory of Brussels.