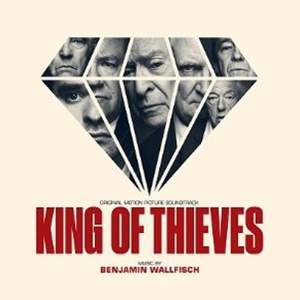 9. The Morning After The Night Before

7. The King of Thieves

From the producers of Legend and Baby Driver, and featuring an all-star cast of homegrown legends led by Sir Michael Caine, King of Thieves is the darkly funny, incredible true story of the Hatton Garden robbery, the most daring heist in British criminal history. James Marsh (The Theory of Everything) directed the film.

For King of Thieves, Wallfisch composed a big band score with a Quincy Jones vibe in the best tradition of 1960s film scores. It’s homage to masters such as Henry Mancini, John Barry and Lalo Schifrin.