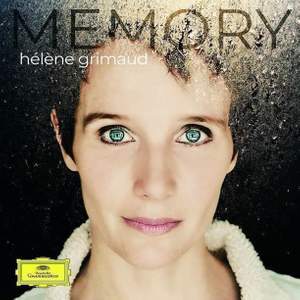 I may offend Grimaud’s artistic vision by saying this disc is perfect for calm background music or a massage session. Yet when you pull up a comfy chair in a quiet room and listen to this disc... — Gramophone Magazine, October 2018 More…

Hélène Grimaud’s new album MEMORY can be thought as an invitation to mindfulness.

Music that can help remind us “that for all in our daily lives that is trivial, there is a place where meaning is stored”

I think it was Heidegger who said memory is to meditate on what is forgotten. Memory is not concrete – it is a recollection of things past, defined as much by what fades as what remains. The repertoire here is not connected to specific personal memories for me – memory is not autobiographical or programmatic in that sense. My interest is rather in exploring memory as a state of consciousness common to us all, and discovering paths and features of that meditation, suggested by music. – Hélène Grimaud

Hélène for the first time in her career brings together French piano favourites from Satie, Debussy and combines them with Chopin, Rachmaninov's Vocalise, a piece by the Ukranian composer Valentin Silvestrov, as well as a brand-new piano version of "Breathing Light", one of Hélène 's favourite piece by her musical friend and collaborator composer/performer/producer Nitin Sawhney.

The project consists of a classical piano recording by Hélène Grimaud (MEMORY slated for release in Sept 2018), followed by a recording from Nitin Sawhney (MEMORY ECHO coming in Q1 2019), on which he improvises and performs his own music, adding new layers to the classical piano compositions and transforming them with organic and natural sounds inspired by the concept of MEMORY.

I may offend Grimaud’s artistic vision by saying this disc is perfect for calm background music or a massage session. Yet when you pull up a comfy chair in a quiet room and listen to this disc with concentration and undivided attention, you’ll be well rewarded.