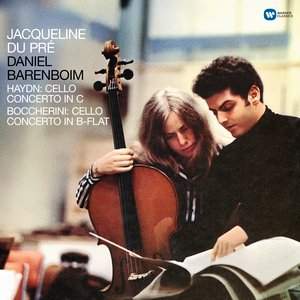 Jacqueline du Pré, performing with one of the conductors most closely associated with her career, brings characteristic exuberance, passion and colour to two cello concertos rooted in the 18th century. In his memoir A Life in Music, Daniel Barenboim wrote: “I have never encountered anyone for whom music was such a natural form of expression as it was for Jacqueline… She had a capacity to imagine sound such as I never met in any other musician.”