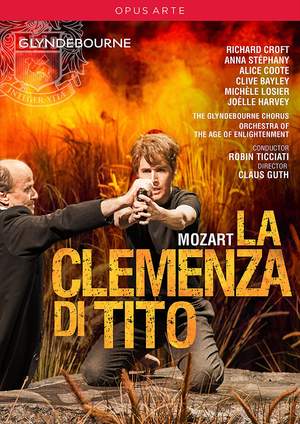 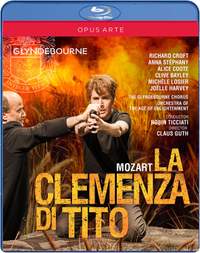 Mozart's final opera returns to Glyndebourne after an absence of nearly 20 years in a 'stark, compelling and very well acted' production directed by Claus Guth. Richard Croft sings the title role 'with exemplary stylistic poise and tonal sweetness', and Anna Stéphany is a Sesto 'touchingly full of angst and remorse... with terrific élan and immaculate technical control' in the arias (The Telegraph) - her 'Parto, Parto' 'simply breathtaking' (The Guardian). Guth's vision sets the 1st-century Roman story in a two-storey office suite bureaucracy 'exquisitely lit by Olaf Winter', aptly framing the scheming of Vitelia, sung by Alice Coote 'in terrific form'. The OAE under Robin Ticciati 'brings out the sheer beauty' of Mozart's score (Express).