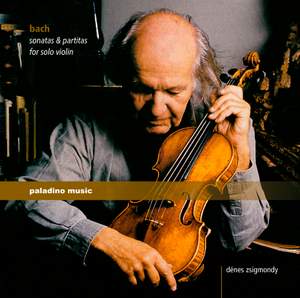 This Bach recording was hugely important to Dénes Zsigmondy; it might be his musical farewell to his wife, and it is also a document of the essence of his own existence. At the 95th anniversary of Zsigmondy’s birth, this remastered version is not only a glimpse into the past, but also into the soul of a human being who must not be forgotten.