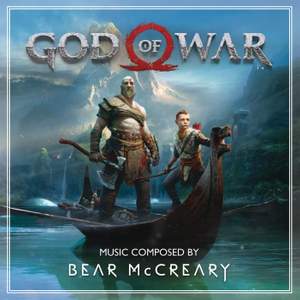 McCreary: Witch of the Woods

McCreary: Lullaby of the Giants

McCreary: Echoes of an Old Life

McCreary: The Reach of Your Godhood

This is the original soundtrack to the PlayStation video game God of War with music by Emmy award-winning composer Bear McCreary. God of War is a third-person action-adventure video game developed by Santa Monica Studio and published by Sony Interactive Entertainment. McCreary was first launched into pop culture with his groundbreaking score to the hit series Battlestar Galactica, lauded by Variety as “the most innovative music on TV today.” McCreary received an Emmy nomination for his work on Outlander. Recent projects include Smash, Happy Death Day, and the animated film Animal Crackers.