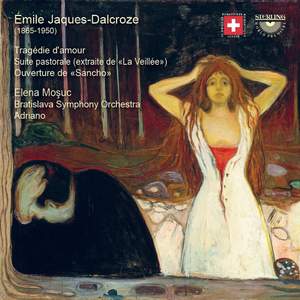 Émile Jaques-Dalcroze composed in almost all genres except religious music. His style and aesthetic approach were characterized above all by his exceptional melodic gift and the originality of his feeling for rhythm. Though close to the French school, he also felt the influence of German post-romanticism. In this respect he was representative of the young French-speaking Swiss composers of the late nineteenth century, alternating between the Latin and Germanic extremes in their country and often receiving a double education in Berlin or Leipzig, and Vienna or Paris. Jaques-Dalcroze’s orchestral music languished in total oblivion until the beginning of the 21st century, but has since then been the subject of a significant rehabilitation attempt by means of the recordings made possible through the talent and musicological work of the conductor Adriano.