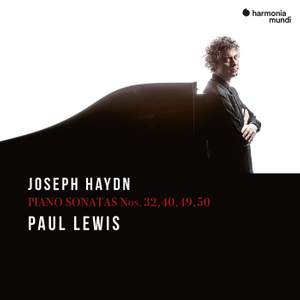 While holding in reserve the sonorous depths and gradations of pedalling offered by the modern grand piano, his touch is predominantly light, with an evenness of figuration and crispness of attack... — BBC Music Magazine, June 2018, 5 out of 5 stars More… 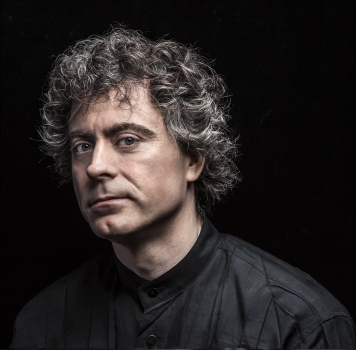 James listens to the first instalment in a survey of Haydn's piano sonatas by Paul Lewis.

Paul Lewis is internationally regarded as one of the leading musicians of his generation. His cycles of core piano works by Beethoven and Schubert have received unanimous critical and public acclaim worldwide, and consolidated his reputation as one of the world’s foremost interpreters of the central European classical repertoire. His numerous awards have included the Royal Philharmonic Society’s Instrumentalist of the Year, two Edison awards, three Gramophone awards, the Diapason D'or de l'Annee, the Preis Der Deutschen Schallplattenkritik, the Premio Internazionale Accademia Musicale Chigiana, and the South Bank Show Classical Music award. He holds honorary degrees from Liverpool, Edge Hill, and Southampton Universities, and was appointed Commander of the Order of the British Empire (CBE) in the 2016 Queen's Birthday Honours.

His multi-award winning discography for Harmonia Mundi includes the complete Beethoven piano sonatas, concertos, and the Diabelli Variations, Liszt’s B minor sonata and other late works, all of Schubert’s major piano works from the last six years of his life including the 3 song cycles with tenor Mark Padmore, solo works by Schumann and Mussorgsky, and the Brahms D minor piano concerto with the Swedish Radio Symphony Orchestra and Daniel Harding.

Paul Lewis studied with Joan Havill at the Guildhall School of Music and Drama in London before going on to study privately with Alfred Brendel. He is co-Artistic Director of Midsummer Music, an annual chamber music festival held in Buckinghamshire, UK, and the Leeds International Piano Competition.

This recording is the first of a series of discs of Haydn Sonatas Paul Lewis will be recording for harmonia mundi matching his recital touring program for the coming years, following his previous immersions in Beethoven and then in Schubert.

While holding in reserve the sonorous depths and gradations of pedalling offered by the modern grand piano, his touch is predominantly light, with an evenness of figuration and crispness of attack that, even in Haydn’s more explosive moment is never allowed to degenerate into percussiveness… a most rewarding, not to say promising release.

Paul Lewis has finally turned his attention to Haydn. Hurray for that, for it’s a superb fit; it’s also clear that he has absorbed the experience of working with Alfred Brendel as a young man, and the results are nothing if not personal...Highlights are many but the B minor Sonata (No 32) is special indeed.

The range of colours that he draws from the piano is a constant marvel...Lewis takes all of the marked repeats in every sonata...such is the variety of invention that Lewis brings, I was actually grateful to be given the chance to hear each section twice.