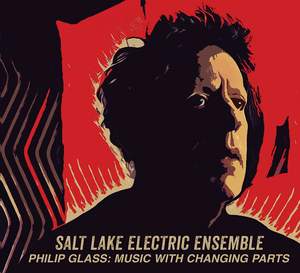 New from Orange Mountain Music a thrilling new interpretation of Philip Glass s 1970 masterpiece Music With Changing Parts by the Salt Lake Electric Ensemble. Music with Changing Parts was the first piece recorded by the Philip Glass Ensemble on the Chatham Square label in the early 1970s and it has since enjoyed varied interpretations by the British group Icebreaker (2007) and a recent version by Cluster Ensemble. Composed in a open score, the established sound of the piece is that of the Philip Glass Ensemble of electric organs and woodwinds. Unlike previous versions, this new version combines both live performers and processed sounds. The Salt Lake Electric Ensemble (SLEE) formed in 2009 with a dual purpose: to perform and record Terry Riley s 1964 masterwork In C, and to explore music making with the most powerful and intriguing musical instrument of our time: the computer. SLEE s 2010 recording of In C, notable for being the first rendition to primarily use electronic instruments, was lauded by critics and audiences throughout the world. SLEE is a collective that often shifts personnel and instrumentation from project to project and has ranged from 6-9 members. The ensemble s body of work includes new recordings and performances of music from the essential composers of the 20th and 21st centuries, along with original compositions and improvisations.