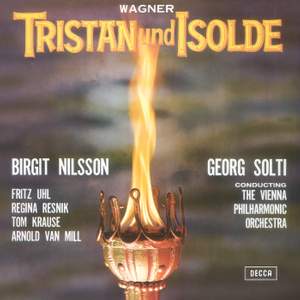 3-CDs + Blu-ray Audio disc, in deluxe hardback presentation with “An introduction to the Opera and its Leitmotifs” and an essay by the recording’s producer, John Culshaw, "Observations on the Characters, music and recording,” illustrated with sketches of his ‘imagined settings’ for the recording. This legendary recording is bonused with the rehearsal excerpts, “The Birth of an Opera,” originally included in the first LP issue, providing a fascinating behind-the-scenes insight into the work to create the Decca Sonicstage.