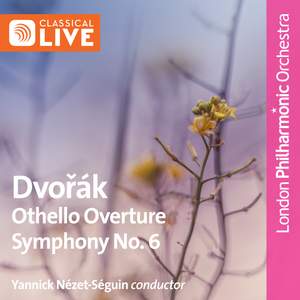 The pairing with the young Nézet-Seguin is inspired, the conductor finding perfect tension at the opening of K466. This is one of the great Mozart performances, up there with Haskil, Brendel... — International Piano, July 2018, 5 out of 5 stars More…

Taken from the LPO’s final concerts with the late Aldo Ciccolini (1925–2015), these performances were much praised at the time. Most notably for Ciccolini’s soulful and sensitive interpretation that was ‘illuminated from within and sounded fresh, spontaneous and heartfelt’ (Classical Source, May 2009). These live recordings were conducted by Yannick Nézet-Séguin while he was Principal Guest Conductor (2008-14) and his close relationship with the Orchestra is apparent. Yannick Nézet-Séguin is due to succeed James Levine as Music Director of the Metropolitan Opera in 2020/21. Aldo Ciccolini was a musical legend. Through his teachers he inherited the musical influences of Busoni and Liszt, and he was himself a teacher of many world-famous pianists including Jean-Yves Thibaudet, Artur Pizarro and Nicholas Angelich. Rachmaninoff’s Second Piano Concerto has been consistently rated one of the best loved pieces of classical music. In 2015 it was named number one in Classic FM’s Ultimate Hall of Fame. Mozart’s Piano Concerto marked a shift in tone towards a new, more mature style for the composer. He helped to redefine the piano concerto as a sophisticated and expressive artform, rather than a form of polite public entertainment.

The pairing with the young Nézet-Seguin is inspired, the conductor finding perfect tension at the opening of K466. This is one of the great Mozart performances, up there with Haskil, Brendel and Barenboim. Ciccolini is polished and patrician, his cadenza (Beethoven) perfectly judged. The odd moment of misjudged ensemble belies the live provenance, but pianists everywhere could learn from Ciccolini’s pellucid tone. The Rachmaninov is balanced and intelligent. The LPO is impassioned, Ciccolini a touch cooler; the combination is most persuasive. Every pianist should hear this disc, a perfect memorial to a great man.