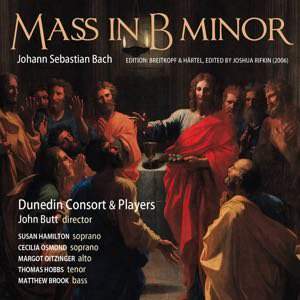 Bach’s Mass in B minor is undoubtedly his most spectacular choral work and this 2010 soloist-led performance by Dunedin Consort enables a level of clarity and expression that is not traditionally a feature of modern choral performance.

Another huge critical success for Dunedin Consort, it was described as ‘spine-tingling’, an ‘electric performance’ and ‘a definitive recording’; it also earned a Gramophone ‘Editor’s Choice’ accolade.