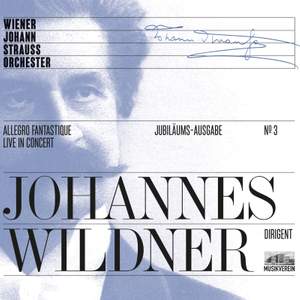 Verdi called Johann Strauss II a ‘colleague and genius’, while Johannes Brahms admitted that of all his fellow composers he was ‘the only one I envy’. From the remotest parts of South America to the large concert halls of Japan, people in all parts of the world are still enthralled by the ‘fascination of Strauss’. This new album – recorded by the leading Strauss ensemble with an authentic orchestra of fortytwo musicians – provides proof that this music is as full of life and genius and as up to date as ever. This album, which appears on the orchestra’s own newly founded label, is the first in a series of high-quality Strauss recordings which will appear regularly from now on. For this recording the conductor is Johannes Wildner, an internationally recognised Strauss expert, who, together with the Vienna Johann Strauss Orchestra, has produced these outstanding and particularly authentic performances. Immerse yourself in the musical world of the Strauss family and experience two Austrian premieres and first recordings of the rediscovered orchestral fantasies Peine du coeur and Allegro fantastique by Josef Strauss.