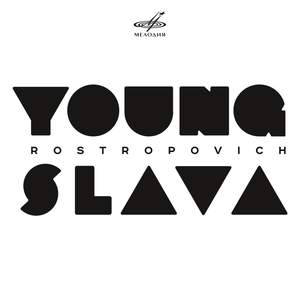 Vlasov: Improvisation for Cello and Orchestra

The musician of genius – a cellist, conductor, concertmaster, educator, composer and public figure – played a colossal part in the history of music art of this country and the whole world. Knowing about the range of his activities, the role of a performing soloist and a purely musical domain were too small for his mighty talent and temperament. Nevertheless, there were only few who enriched the cello literature with new works, who changed the view of solo cello art and who gave himself up to Music as he much as he did, for without Music he “could not live and could not breathe”.

In the early 1950s, the glory of Slava (a hypocoristic of ‘Mstislav’ and the Russian for ‘glory’) Rostropovich swept the musical space of this country, and ten years later they called him Cellist No.1 and ranked him among the world’s greatest musicians. The fact that Rostropovich’s art was a prerequisite to the interest in cello shown by the leading Soviet composers such as Shostakovich, Prokofiev, Myaskovsky, Khachaturian, Boris Tchaikovsky, Weinberg and many, many others can hardly be overestimated.

This set comprises recordings made before 1967. Above all, these are recordings that were first performed by Mstislav Rostropovich (with the recorded premiere of Britten’s Cello Symphony conducted by the composer among them). Classical repertoire was as important in his programmes – you will hear live recordings of Tchaikovsky’s Variations on a Rococo Theme, concertos by Dvořák, Lalo and Saint-Saëns. The artist’s ensemble recordings with the leading Soviet musicians like Emil Gilels, Leonid Kogan and Rudolf Barshai are of special interest as well.

The edition comprises a lidded hard box made from lined cardboard, 9 multicoloured digipacks and a booklet in English and Russian.