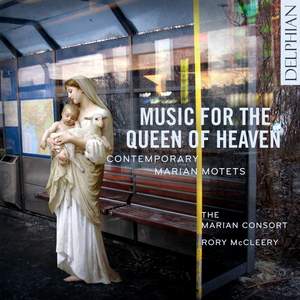 Offer, Music for the Queen of Heaven

Panufnik, A: Song to the Virgin Mary

The Marian Consort originally made its name with the music of the Renaissance. But the group has also worked regularly with living composers for a number of years. This programme of contemporary Marian anthems – many of them commissioned by the ensemble – celebrates a living, developing tradition where the new is always informed by the old, casting fresh, vital light on these ancient words.

Under its founder and director, Rory McCleery, the Marian Consort has given concerts throughout the UK and Europe, features regularly on BBC Radio 3, and is a former ‘Young Artist’ of The Brighton Early Music Festival. This is the their eighth recording for Delphian.