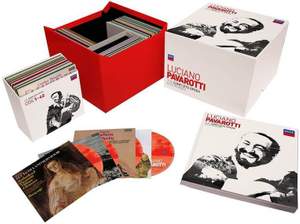 Presenting EVERY role ever performed, brought together for the first time.

34 complete operas PLUS a number of operas he recorded more than once.

Also included are the stellar recordings of Verdi’s Requiem and Rossini’s Stabat Mater.